(Albuquerque, New Mexico) -- New Mexico’s Bisti Beast will be welcomed home with Japanese performances and food at a celebration June 22 from 4 p.m. to 8 p.m. at the New Mexico Museum of Natural History & Science. The museum’s newest attraction, the Bisti Beast is a robotic dinosaur based on the skull found in the Four Corners area of New Mexico. The robotic dinosaur was made in Japan and is a permanent exhibit at the museum. (*see below for media resources)

“The Bistihieversor is actually unique to New Mexico. The realism of the dinosaur will really make it come to life for people,” said David Lundy, exhibit curator at the museum.

The evening of the event, the museum will screen the film Godzilla Vs. Mothra in the Dynatheater. In the 1992 film, Battra and Mothra must stop Godzilla from attacking Yokohama, the second largest city in Japan. Admission to the film is $5. Food will be available for purchase the night of the event.

The celebration will also include martial arts performances. There will be Japanese origami, handmade crafts and books for sale as well.

Link to this release & image(s):

Video link: Approved for Media Use by the NM Dept. of Cultural Affairs

About the New Mexico Museum of Natural History & Science: http://www.nmnaturalhistory.org.

Established in 1986, the mission of the New Mexico Museum of Natural History & Science is to preserve and interpret the distinctive natural and scientific heritage of our state through extraordinary collections, research, exhibits, and programs designed to ignite a passion for lifelong learning. The NMMNHS offers exhibitions, programs and workshops in Geoscience, including Paleontology and Mineralogy, Bioscience and Space Science. It is the Southwest’s largest repository for fossils and includes a Planetarium and a large format 3D DynaTheater. 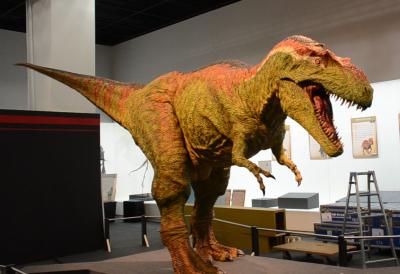 Throughout the 20th and 21st centuries, moments of violence, political upheaval, and natural
more »